Jake Paul has propelled to fame as a brash social media villain. And he loves it 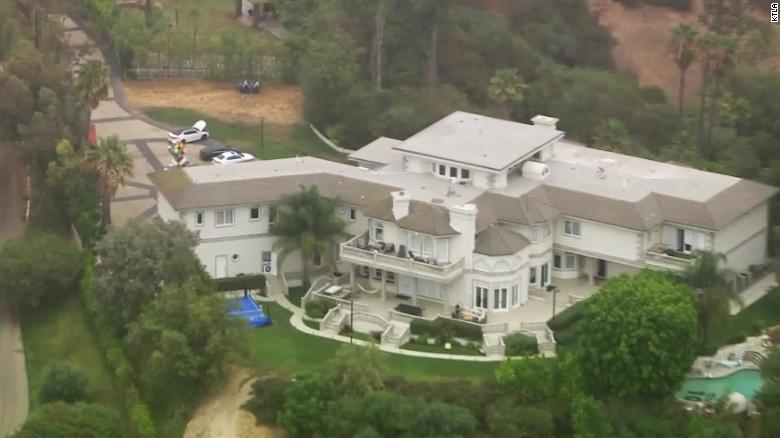 The FBI searched the mansion of YouTube celebrity Jake Paul in the Los Angeles area.

With his spiky blond hair, brash personality and eye-popping antics, YouTube star Jake Paul has propelled to fame as a social media villain and provocateur.To his devout fans — who call themselves the Jake Paulers — no prank is too wild, no controversy is too big. Every time he’s mired in a scandal, tweets pour in with the hashtag #jakepaulisover. But he’s never really over. On the contrary, with every stunt, prank or internet feud, he gains more fans on his YouTube channel. His channel includes his rap music and has over 20 million followers. Some of his pranks are so outrageous, Canada’s National Post once described him as a “moronic menace to society.” Paul found himself in trouble again Wednesday when FBI agents executed a search warrant at his home in the Los Angeles area for unknown reasons. The agency said it’s in connection with an ongoing investigation but declined to go into details. Here are other incidents that have made headlines: 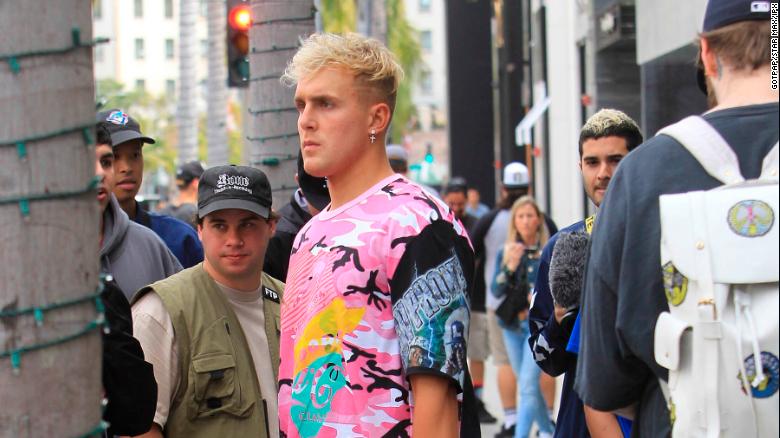 He hosted a party during the pandemic

As Los Angeles struggled with resurging coronavirus cases last month, Paul hosted hordes of partygoers at his mansion in Calabasas. The mayor was not amused. Videos captured at his home showed carefree young people partying without masks or social distancing. They danced, rolled dice and drank from red cups. Others held onto an excavator crane that pulled them up and twirled them around. “It’s completely unacceptable to be interacting with people like that during this time. People need to be wearing masks and people need to be keeping their distance. You can’t be having parties with over 100 people,” Mayor Alicia Weintraub said.After the party, the mayor said the city and law enforcement were adopting a zero-tolerance policy for anyone who hosts large gatherings.

He was accused of trespassing at a mall

Paul was charged with criminal trespass and unlawful assembly after video showed him at an Arizona mall that was being looted.”Social media influencer Jake Paul was in attendance and remained inside of the mall after an unlawful assembly was declared,” the Scottsdale Police Department said in June. Authorities said he was present during the property destruction at Scottsdale’s Fashion Square mall. Paul denied any involvement. “To be absolutely clear, neither I nor anyone in our group was engaged in any looting or vandalism,” he tweeted. “We filmed everything we saw in an effort to share our experience and bring more attention to the anger felt in every neighborhood we traveled to; we were strictly documenting, not engaging.”On Wednesday, the Scottdale Police Department said it is dismissing the charges against him and two friends. “It is in the best interest of the community to dismiss misdemeanor charges without prejudice so that a federal criminal investigation can be completed. Scottsdale retains the option to refile charges depending on the outcome of the federal investigation,” police said in a statement.

His brother is just as controversial

Jake Paul has a brother who has more fans than him on YouTube. Just call them double trouble.Logan Paul made headlines in 2018 when he visited a Japanese forest known for suicides. Signs posted there offer a hotline number and urge suicidal visitors to seek help. During the visit with his group, they found a body hanging in the forest and videotaped it. Logan Paul later posted a video apology after intense criticism for showing the body.”I should have never posted the video,” he said. “There are a lot of things I should have done differently but I didn’t and for that, from the bottom of my heart, I am sorry.” 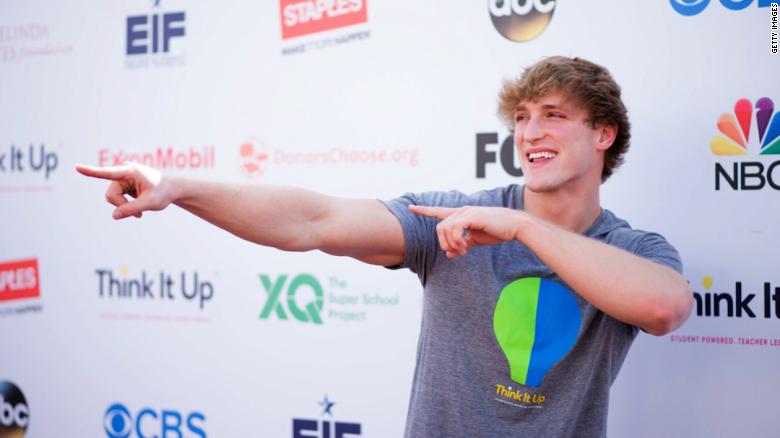 Disney dropped him after feuds with neighbors

In 2017, Disney cut ties with Jake Paul, who appeared on the channel’s series “Bizaardvark.” The decision came after his neighbors complained about his stunts, which included setting furniture ablaze in an empty swimming pool. At the time, the neighbors considered filing a public nuisance lawsuit against him. “It used to be a nice quiet street and now we’re just like this war zone,” neighbor Maytal Dahan told CNN affiliate KTLA at the time. “We are families here, and we’re more than happy to have them live here if they’re respectful to their neighbors, but they’re not.”The neighbors told journalists that Paul liked to share his address, sending young girls gathering outside the home. When the affiliate asked Paul how he felt about neighbors saying living next to him was “a living hell” and “a circus,” he appeared unfazed.”I mean, people like going to circuses, right?” he asked.

He once pranked the TSA with a teddy bear

In 2016, Jake Paul made headlines when he went to the airport with a massive teddy bear. The TSA posted a photo of the stuffed animal sitting alone and dejected at the airport. “He was abandoned by his owners at LAX after the airline and TSA determined that he was just too big to be screened as a carry-on and taken on the plane,” TSA wrote in the photo caption with a reminder to passengers about the size of carry-ons. People unleashed fury at the TSA, saying it likely ruined a child’s Christmas by not letting the passenger take the bear on board. But there was no kid involved. Paul uploaded a video of his encounter with the TSA, telling his followers he’d tried to take “Brodie the Bear” — a gift for his girlfriend — through airport security but did not make it. #LetBrodieFly, he later tweeted.